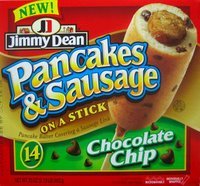 House M.D.’s Life and Death 2. Sadly found too late to distract John from his suffering, although I'm sure I'll find another use for the House Head(TM) soon enough.
Posted by Jon at 11:10 PM No comments:

The lady with the lump

I should be working right now, but the topic I'm supposed to be addressing isn't very interesting and I thought I'd try and work up my linguistic mojo by offering a director's commentary counterpart to John's Appendicitis adventure. It's mostly to point out, because John's too polite to, that my bedside manner leaves quite a lot to be desired, earning a reaction less akin to sighting the Lady with the Lamp and more like seeing a skinny chap holding a farming implement. Being acutely aware that I have zero medical skills, I tend towards a three-stage response to personal illness:

Historians will note that swapping "paracetamol" for "leeches" reveals this to be a proud medical tradition, and doubtless one that will result in my eventual death from gangrene. Handily John escalated to stage two with some speed, enabling me to actually do something useful and take him to hospital. I missed all but the first, slightly creepy doctor so I can't speak for the attractiveness of subsequent staff, but they were gratifyingly quick at deciding it was something significant. Eventually he was taken away and I was parked under a sign reading DO NOT LEAVE PEOPLE SAT HERE IT'S INTRUSIVE FFS and left to marvel at how much TV oversells the excitement of A&E. It turned out I was sat on the entrance route for the ambulance admissions, but these amounted to two pensioners, one unconsious and the other seemingly alert but utterly unpeterbed by a horrific head wound. John contributed to the lamentable lack of drama by suffering only appendicitis rather than the alien infestation I'd proposed previously, and not even requesting a differential diagnosis.

Once I'd exhausted my magazine and the rack of little cards they give you when being discharged, apparently just to rub in the fact that public healthcare really doesn't do followup treatment very well (Sample content: When recovering from a serious head injury, do not use trampolines. If you suffer extreme pain regardless, stick it out for a couple of days before bothering us) I decided that he could jolly well move on to stage 3 without my help and purposefully strolled out. In the process I discovered once again that a purposeful stride means you can get into absolutely any part of any hospital unchallenged, but it's really hard to do because every corridor is identical and you immediately get lost.

Handily, it turned out this was the right thing to do because I didn't see him for another two days, even on my return visit to drop off essential supplies (DS Lite, Mp3 player and shiv). In conclusion: my system works! Take that, penicillin.
Posted by Jon at 9:50 PM No comments: